Cable modems seem like very complicated pieces of networking hardware, but they’re actually relatively straightforward, at least when compared to the variety and versatility of routers. That said, you may still need a certain type of modem if you have an unusual (read: unusually fast) Internet connection. So if you’re still unsure about which cable modem might be best for you, follow this guide to buy the best one around.

If you plan on building out your own network, chances are you either already know a good deal about networking, or you’re in the process of learning. Either way, you probably want to get something that’s versatile — as in, it will allow you to easily switch between Internet service providers. Of course, you also want something that’s fast and reliable. Routers are one of those products categories that include pretty complex technology, but for which there are only a few key specs you need to focus on — namely, speed.

Most available cable modems meet all these demands, but the ARRIS SURFboard SB6141 probably strikes the best balance of all of them. It has something called DOCSIS 3.0 technology, which unites up to eight downstream channels and four upstream channels, allowing for data speeds of up to 343 Mbps (down) and 131 Mbps (up), depending on your ISP, connection, and other factors. It also comes in a variety of package speeds, colors, and options, including a modem/router combo. 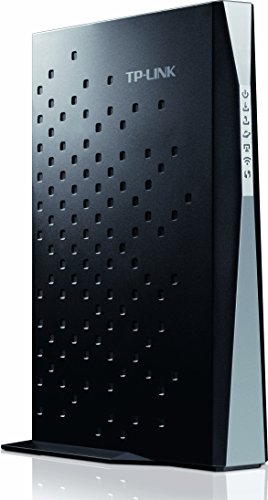 This two-in-one device brings together a high-performance modem with a wireless AC router to build a reliable home network that will let you stream 4K to your heart’s desire. It’s a fantastic modem, so to call the TP-Link AC1750 a runner-up isn’t entirely fair. It offers up to 1750Mbps Wi-Fi speeds with simultaneous 2.4GHz (up to 450 Mbps) and 5GHz (up to 1300 Mbps) bands. It supports bonding of up to 16 downstream and four upstream channels to increase its throughput and has six internal antennas and high-powered amplifiers to boost signal strength and reduce interference. It claims to have a hassle-free setup, but if you experience any trouble, you can call the 24/7 tech support and rest easy with a two-year warranty.

It’s completely understandable if you’d prefer to not have a cable modem and a router sitting next to each other in your house or apartment, especially if you don’t have a lot of room. So why not invest in a combo modem and router so you can do it all in one? The Motorola AC1900 is a tad pricy, but it’s worth it because it’s reliable, it offers speeds up to 686 Mbps and it has four Gigabit Ethernet, ports so you can plug into crazy-fast Internet. On top of fast WiFi speeds, the AC1900 can broadcast at 2.5 GHz and 5.0 GHz bands, and it has Wireless Power Boost to make sure you get wireless signal no matter where you are in your abode. The Motorola AC1900 is certified to work by most major Internet service providers, including Comcast XFINITY, Time Warner Cable, Cox and Charter Spectrum, but you should certainly double check before you finalize a purchase. 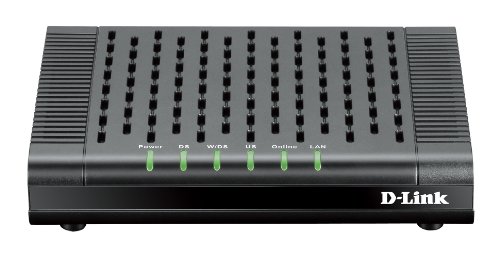 As you’ll start to see from this list, there’s a fair amount of redundancy when it comes to cable modems. They are for the most part built the same, only varying in design and speed, depending on your individual networking setup. With that said, if you’re on the hunt for something that’s not only simple but also affordable, you’ll do just fine with a sub-$50 modem. In that range, we highly recommend the D-Link DCM-301.

Also enlisting DOCSIS 3.0, it’s up to eight times faster than a DOCSIS 2.0 system, with download speeds of up to 343 Mbps and upload speeds of up to 150 Mbps. If you combine it with a cloud router or network attached storage device, you’ve got a full-fledged home networking solution. Reviewers on Amazon especially like its small footprint, which comes as a nice relief if you’re replacing an older, bulkier unit. 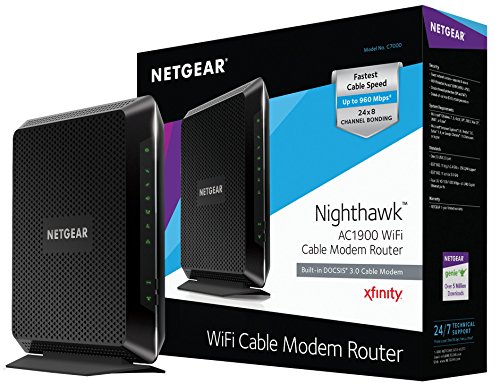 Let’s say you’re an Internet pro. When it comes to the Web, you want the fastest Internet plan and the fastest modem to handle all those HD video streams or 4K gaming you do. If this describes you, you need to look at the NETGEAR Nighthawk AC1900 cable modem and router.

The NETGEAR Nighthawk AC1900 is a speed demon with support for the fastest Internet offerings (up to 960 Mbps) and it can handle dual-band (2.4 GHz and 5 GHz) Wi-Fi speeds. On the back, you’ll find four Gigabit Ethernet ports and one USB 2.0 port, so you can plug in directly for the fastest speeds or broadcast via Wi-Fi. It’s also designed to broadcast Wi-Fi widely, so if you have a large house or apartment, you’ll be covered.

This model is compatible with Comcast Xfinity, Spectrum, Cox and more cable providers, and we’d recommend this if you have the highest Internet tier from these providers, such as the Comcast Xfinity Blast Pro, Extreme 250 or Gigabit Pro plans. However, keep in mind that this model does not support bundled voice, but if you don’t need that you’ll be more than impressed with this option. 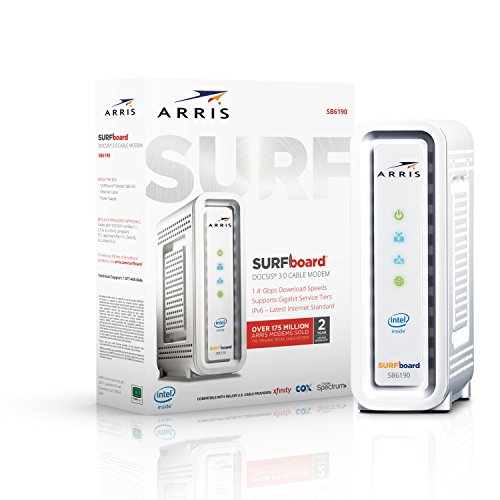 If you’re connected a fiber-optic network, chances are you have access to gigabit speeds. For most people, 1 Gbps is more than they’ll ever require and probably not worth their money. But for hardcore online gamers or households with many clients all sucking up huge data streams — or if you simply need to have the latest tech — gigabit Internet is like an oasis in a desert of sluggish connectivity. Of course, you have to be willing to pay more to get it, both for the modem and the ISP subscription — and that’s also provided your local provider has fiber optic lines running to your home. If you meet all these criteria, the  ARRIS SURFboard SB6183 is probably the best modem you’ll find. It offers download speeds of up to 1.4 Gbps, with a less powerful option for cable speeds up to 686 Mbps. The gigabit modem will cost you a pretty penny, but if you’re making the switch to fiber it’s just something you’ll have to accept.